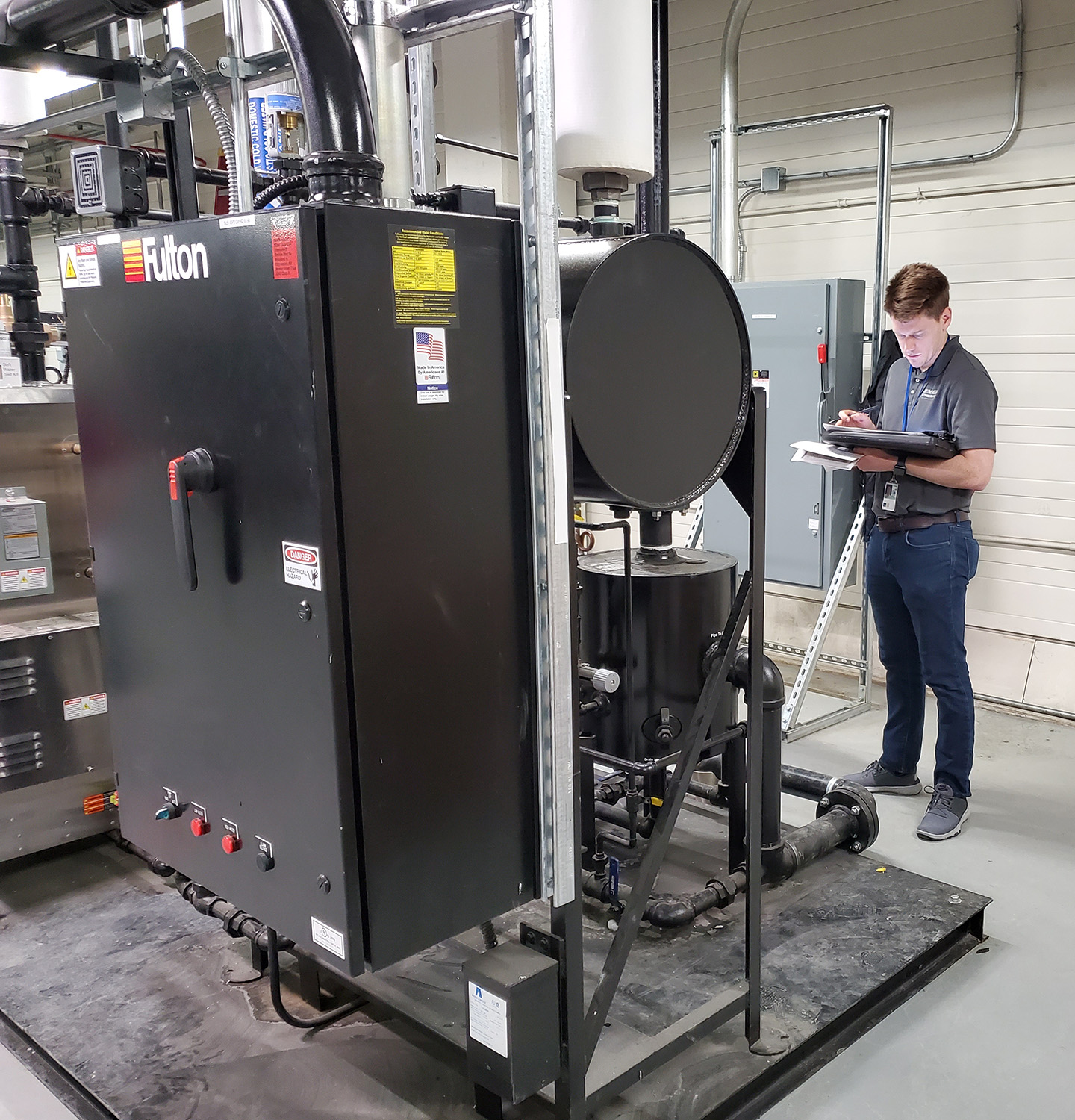 You have probably heard the topic of commissioning discussed as part of the building construction process. It often comes up during the design of a new facility, especially if that building is seeking a high performance certification. But existing buildings can benefit from the commissioning process, especially for owners looking to improve energy performance and cost savings.

So what is commissioning? A leading commissioning authority, AABC Commissioning Group (ACG), defines it as “ a process which facilitates and ensures the required communication, coordination, testing and verification and results in the delivery of a building whose systems (i.e. HVAC, Electrical, Building Envelope) perform as intended.” This holds true whether a new facility or renovation of an existing building or system. In existing buildings, commissioning can occur when an existing system is modified or replaced; when finding the reason for an on-going problem, or to confirm a problem identified during the commissioning process has been resolved (recommissioning).

Commissioning is most effective when incorporated into the entire design process, and not just during the construction phase to test that systems work. The commissioning process includes review of designs, survey of existing equipment; development of customized checklists; functional performance testing; and review of operations and maintenance documentation and staff training. When implemented, the potential benefits of commissioning can include early identification of potential system design problems; better operational efficiency and reduced maintenance needs, and ultimately, lower energy and operational costs.

An example of the effectiveness of commissioning in an existing building is the renovation of the Defense Logistics Agency’s McNamara Headquarters Complex located at Fort Belvoir, VA. Summer Consultants conducted an energy study to identify ways to reduce energy usage by a minimum of 30% in the 1.12 million SF administrative office building. The study identified several energy conservation methods including the upgrade of the boiler and HVAC systems for the building.

Commissioning activities included a testing and balancing analysis of the existing equipment and retrocommissioning of the controls system during the initial study. From a review of the system operations, it was determined where the controls system was breaking down and where improvements could be made. These improvements were used to guide the design process and make strategic upgrades to the building systems while reusing a majority of the existing ductwork and piping distribution, saving construction time and money. 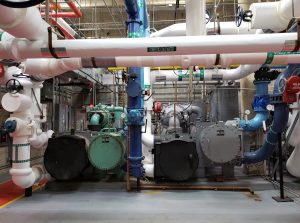 The HVAC system upgrades included the replacement of three 500-ton chillers with new 700-ton chillers and modification of an existing 300-ton chiller to improve operational efficiency. Air handling units were upgraded with variable frequency drive and the hybrid pneumatic/digital controls were replaced with direct digital controls. Boiler upgrades included the replacement of fire tube boilers with condensing boilers and new condensing hot water heaters. All systems were commissioned as part of the project to confirm they were operating to owner requirements including design review and functional performance testing.

The system upgrades resulted in an estimated savings of 18.2% of the annual energy usage, with no changes to the building envelope and minimal impact to occupant spaces.

Just like an existing building, the individual system does not have to be new to be commissioned. If a system was never commissioned when it was originally installed, retrocommissioning can help identify whether the system is performing as intended.

The 2,500 acre Naval Support Facility in Indian Head, Maryland, is the Navy’s oldest continuously operating ordnance station. In 2015, over 280 systems in seven buildings were retrocommissioned because systems were not performing as required by the owner. The buildings, which included offices, warehouses, labs, and explosive processing facilities, spanned over 100 years in age, but were primarily constructed between 2009-2012, and included both a LEED® Gold and a LEED® Silver certified building. Systems included 25 major systems such as air handling units and chillers as well as geothermal heat pumps.

The retrocommissioning process was similar to the commissioning of a new system and included an identification of performance requirements; review of existing drawings and programming; and functional performance testing for every system. The process ultimately identified and prioritized deficiencies in need of repair to improve functionality and performance, totaling an estimated $2.6 million.

While commissioning is an additional expense (typically 1.2-1.5% of the estimated construction cost), the actual cost will depend on a number of factors including complexity of systems and project schedule. However, the improvements can result in far greater savings in both energy usage and ultimately, energy costs.