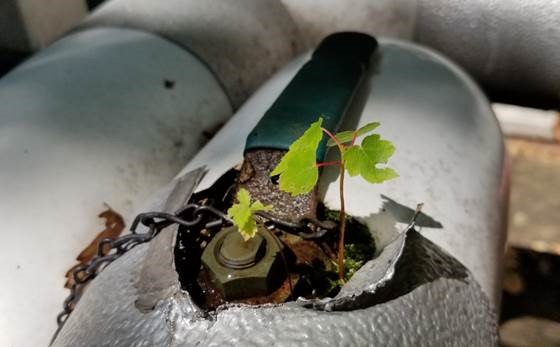 When designing new systems or upgrades to existing systems, we are focused on equipment and system selection to prevent corrosion of the interior of hydronic piping systems. While this is important for system longevity, in real life there are widespread vapor barrier failures in almost every chilled water system, leading to leaks and failures caused by corrosion on the outside of the piping.

Back in the dark ages of the 20th century, up until the mid to late 1970s many of the DoD and other federal guide specs required that the chilled water piping be painted before it was insulated.  I was young and didn’t understand why something needed to be painted and then carefully covered up.  Now I understand.

Specifying the correct vapor barrier material goes a long way toward protecting the piping and insulation, as long as the installation is performed correctly. But even the best vapor barrier is likely to be compromised before the end of service life of the piping. This can be mitigated by requiring dams at each pipe fitting to contain condensation in the area of the compromised vapor barrier, but still requires a vigilant maintenance team to correct the problem as soon as possible to prevent mold growth and corrosion on the piping.

I am proposing that we consider painting chilled water piping, at least on a case-by-case basis. The cost of painting the outside surface of chilled water piping before applying insulation, even if it is only in areas of the building that are unconditioned, will be offset by the cost of a piping replacement. Especially in a building with 24/7 cooling requirements.