As a high school student, I was not the most applied scholar. Therefore, I fell behind in a few courses. At the time, I had to take night classes to catch up with my math courses if I wanted to graduate on time. Unsure if it was my determination to graduate on time or if I always had it in me, but I fell in love with math. However, my dreams of attending a university seemed far-fetched, not only because of my grades, but also because I was also expecting a child.

Upon graduating high school, I picked up a tedious warehouse job working nightshift while attempting to take college courses during the day. However, I could not keep up with the demand, so I decided to focus on work.

After working for four years, my burning desire for change led me to join the Air Force as an HVAC Technician. After training, I joined the 436/512th Civil Engineering Squadron at Dover Air Force Base. There, I had the opportunity to work on various systems from chillers, boilers, air compressors, and split units. But I enjoyed the most looking at electrical schematics and figuring out electrical issues with the HVAC systems. 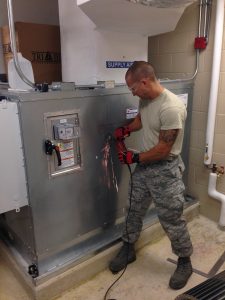 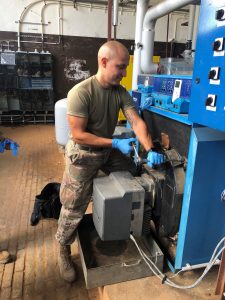 My interest in furthering my education and decision to study engineering started shortly after training in Dover. I had to decide whether I would return to the warehouse job or take advantage of the military education benefits and return to school. I chose the latter.

I decided to consult with a counselor at Delaware Technical Community College, where they offered a transfer program to the University of Delaware. Initially, I wanted to study civil engineering, but this program was not an option. Instead, he said the only option was electrical, so I decided to embark on the journey of becoming an electrical engineer. However, because of my military commitment, it took me seven years to complete my degree.

In my senior year of college, I was fortunate enough to run into  Summer Consultants at the career fair, where I handed Brain Lewis my resume. For whatever reason, I always wanted to work for a large firm. Still, after interviewing with Summer, I knew this was the career path I wanted to take.