Home | Office Fun, From the Field, Other | Split Systems and Historical Buildings 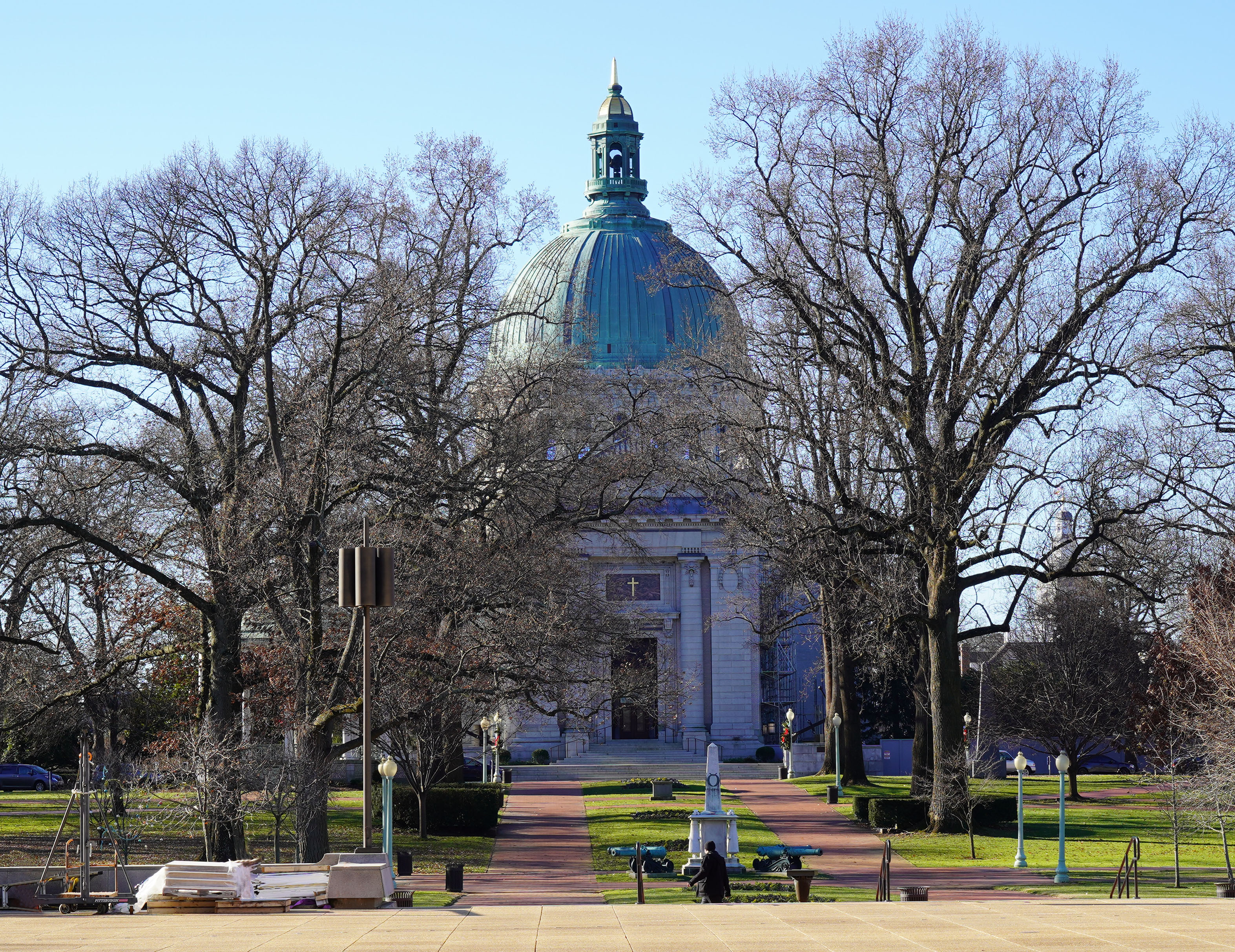 In 2019, I was part of the design team for an elevator upgrade project at the US Naval Academy (USNA) in Annapolis, Maryland.  The project consisted of modernizing or replacing four elevators in four different buildings across the campus; Alumni Hall, Bancroft Hall, the Chapel, and Sampson Hall.  As the mechanical design engineer on the team, the scope of work for the project was to properly condition the elevator machine rooms with dedicated conditioning units.  The simplest way to achieve this is to install air-conditioning or heat pump split-systems.

Split-systems consist of three (3) main parts, an evaporator, condenser, and compressor.  In commercial applications, the compressor and condenser are typically combined into a single piece of equipment called a condensing unit. The evaporator (indoor unit) and condensing unit (outdoor unit) are connected through piping for refrigerant, which is used as the heat exchange fluid.  As the system conditions a space, the evaporator removes moisture from the air in the form of condensate that must be collected and disposed of properly.

Most contractors, when hearing split-systems are the approach to conditioning a space think, “Oh, this is going to be simple!  I’ve installed hundreds of split-systems.”  However, installing these types of systems in historical buildings brings on many design challenges in order to uphold the historical architectural integrity of the building. For the elevator project at USNA, a National Historical Landmark, this included:

This was an especially big task with the Chapel, which houses the crypt of American Revolutionary War hero John Paul Jones on the ground floor. 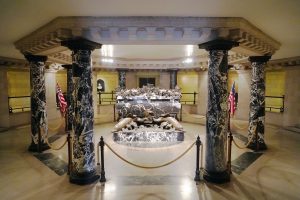 The elevator machine room is on the ground floor of the building, and the only place to put the condensing unit was on the roof, where there was limited flat room area and it had to be hidden from view.  The condensate drain piping from the evaporator had to be run across a decorative ceiling to a mechanical room across the hall. 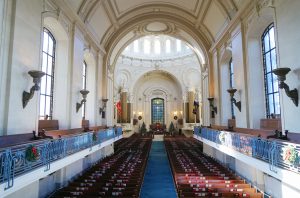 To run the condensate piping, the contractor is going to have to feed the piping through from one side of the hallway to the other without damaging the ceiling. I am confident they will be up to the challenge.